The exceptional service provided by Convex has been credited as a pivotal factor in the successful launch of the Sanitarium One Square Meal in Australia earlier this year. 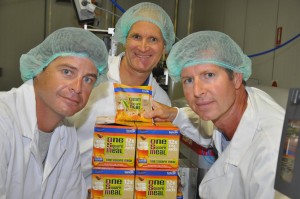 The Sanitarium One Square Meal was launched into Cole and Woolworths stores throughout Australia in February 2012 as part of a breakthrough license agreement between Christchurch-based Cookie Time Ltd (CTL) and Sanitarium.

Sanitarium is now manufacturing, distributing and selling the One Square Meal in Australia, with CTL’s intellectual property company One Square Meal Ltd retaining the trademarks and patent.

CTL involved several of their New Zealand suppliers in the launch of the One Square Meal into Australia to give consistency to their brand from the raw ingredients right through to the packaging.

CTL General Manager Lincoln Booth says, “The Convex film we have for the One Square Meal in New Zealand is incredibly effective and we wanted to duplicate the use of it in Australia. We had complete faith that they would deliver. Our customer in Australia brought forward their lead times by about three weeks, which made the deadlines incredibly tight. A quick turnaround time was imperative for the whole project to work.”

To meet the 4 January production deadline Convex pulled out all stops in their factory and freighted product to Australia just before Christmas. Convex’s ability to manage the whole prepress process in-house helped fast track the process by enabling them to deal direct with Sanitarium to create reproducible files for printing.

Lincoln says, “It was absolutely make or break. The packaging film was the most technical thing to get right and Convex did a sensational job in turning that around. They pretty much overturned everything in their factory to make sure our job got delivered into the Australian market on time. The entire service we got from Convex was above and beyond. The only way for us to have met that deadline was for them to make it happen and they did a sensational job. Their service has been exceptional.”

Convex Managing Director Owen Embling says Convex understands how critical a reliable packaging supply is and they always do what they can to deliver.

He says, “Wherever possible we keep primary raw materials on hand so we can react quickly if needed and we help our customers forecast their expected packaging needs for three to six months ahead. In terms of delivering to Australia I think the service we provided for CTL and Sanitarium shows that it doesn’t matter if we are 1200 miles away across the water; our service and delivery is second to none.” 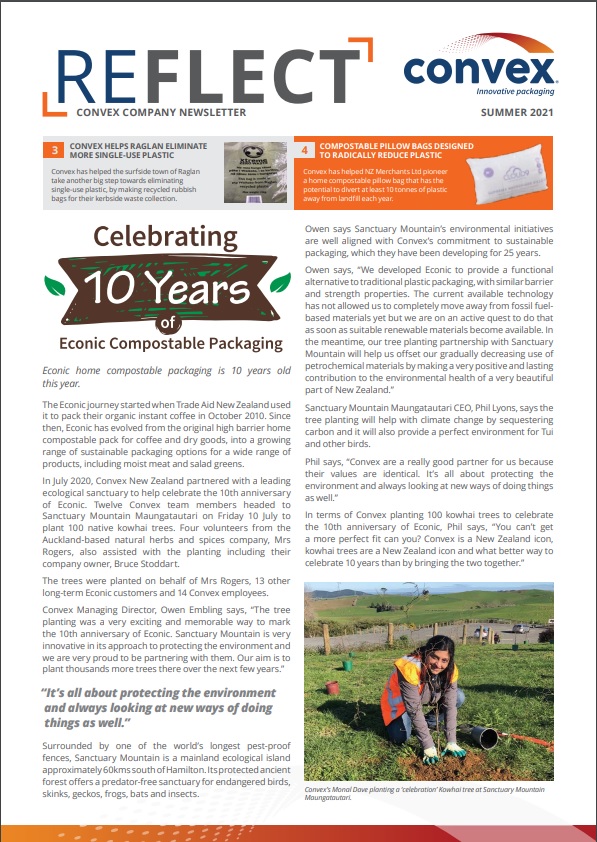